Judge Warriner is a dedicated public servant with an accomplished legal career spanning five decades. After graduating from UCLA School of Law, Judge Warriner joined the California Department of Justice as Deputy Attorney General. He then worked as Deputy Director and Chief Counsel for the California Department of Health, before returning to the Department of Justice to serve as Senior Assistant Attorney General. He later headed one of the largest public agencies of the State of California as Undersecretary and General Counsel of the California Health and Welfare Agency, serving in this capacity until his appointment to the bench in 1990.

As a Judge of the Superior Court of California, County of Yolo, Judge Warriner handled a great variety of civil matters and presided over all trial court assignments, including civil, criminal, juvenile, family, and probate. Since 2010, he has continued to serve in the Assigned Judges Program at the direction of the Chief Justice, presiding over court and jury trials in the counties of Solano, Napa, Yolo, Sacramento, Placer, El Dorado, San Joaquin, Tahama, Shasta, and Butte.

Judge Warriner joined ADR Services, Inc. in 2019 as a full-time mediator, arbitrator, and referee. He is available to conduct hearings in all counties across Northern California with no additional travel fees.

State of California, Department of Justice, Office of the Attorney General     1968-1985

Author, “Safe Drinking Water and the Toxic Enforcement Act of 1986,” Journal of the American Medical Association (1988) 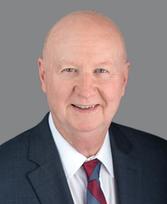 ​Judge of the Superior Court of California 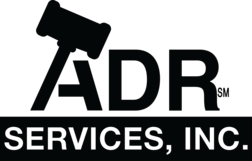